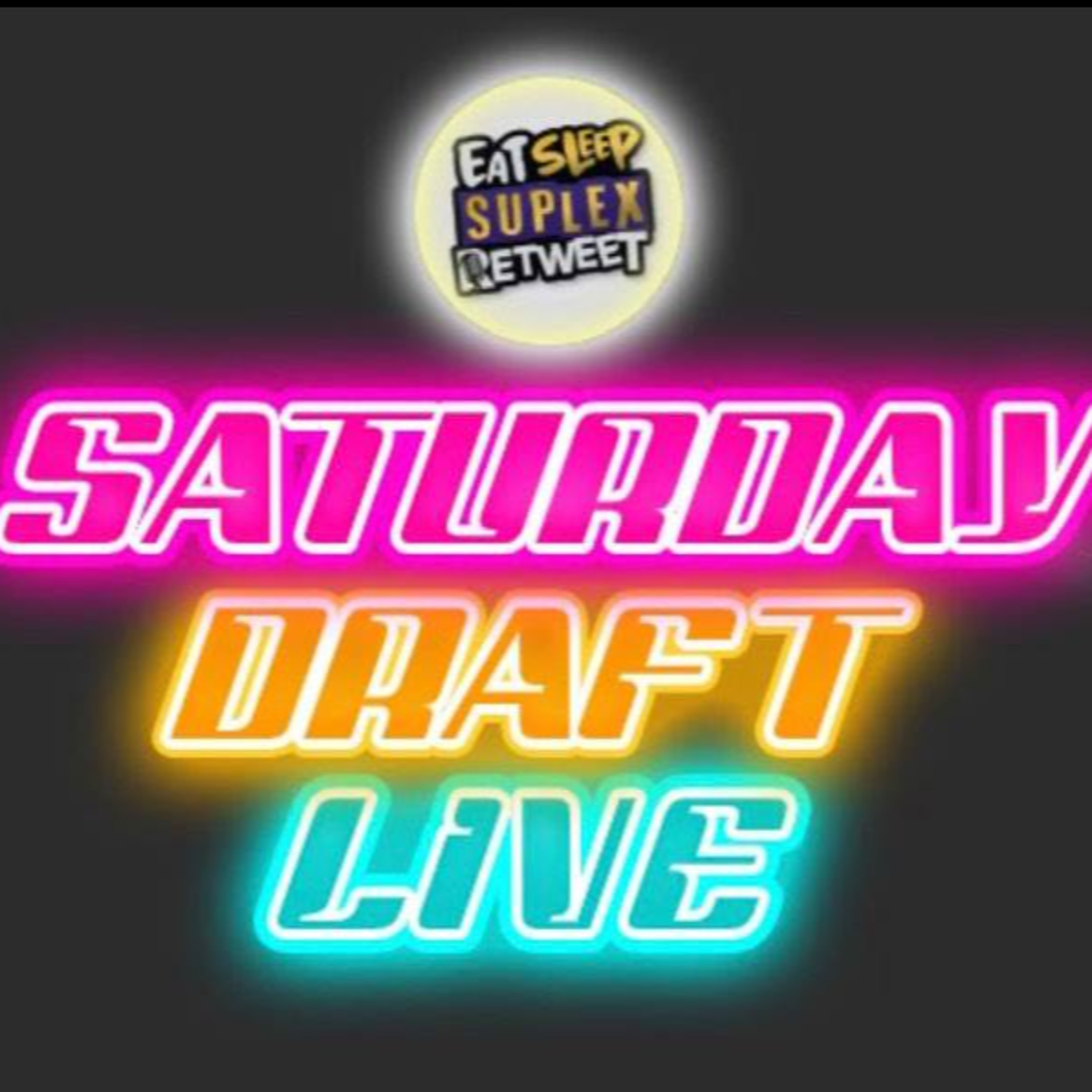 Since July 2019, Eat Sleep Suplex Retweet has established its own wrestling fantasy league. To chart out this league on a weekly basis, we estbalish the not-often live show Saturday Draft Live.

Every Saturday, Scott McLeod is joined by co-host Jack Graham and David Haughney analyse the scoring for the previous week of the draft.

Each season of the ESSR Fantasy League runs between WWE’s big four PPVs. That doesn’t just mean we pick from Vince’s squad of stars – AEW wrestlers are picked as well!

Each participant selects a 3/2 split of male and female wrestlers, plus one tag team. Points are scored based on appearances and wins on the main WWE and AEW programming, with extra points on offer for whoever everyone has selected as their captain.

Saturday Draft Live sees our hosting team break down the top three points scorers from the past week, before breaking down where our competitors are placed in the table after that week’s action.

Starting out with eight members in it’s inaugural season, the ESSR Draft has since expanded, with 12 participants as we go into Season 7.

With special guests on most weeks breaking down their teams, as well as surprise moments such as ESSR Title Cash-Ins, Saturday Draft Live really is one of this podcasts must-listen-to shows.

We are only one week away from the #RoyalRumble2021

So get yourself in the mood by listening to @RossMcleod1993 and @nm_fisher discuss one of the greatest Rumble events ever, The Royal Rumble 2000 https://youtu.be/8qYAyFzATLY

@MrKwakuAdjei joins the SDL team as he looks at his team, plus the latest big captaincy changes ahead of the final week of the season https://open.spotify.com/episode/6WcZ0PriOsA6KxFgAn9fS0?si=x09OIAI5SrC4oPnMgaGV6w

@StevenW1192 is joined on the latest ESSR Central by @RossMcleod1993, @scottmcleod1996 and debutant @hayleythetiny to discuss Trump and all the latest wrestling news

@StevenW1192 is joined on the latest ESSR Central by @RossMcleod1993, @scottmcleod1996 and debutant @hayleythetiny to discuss Trump and all the latest wrestling news

On a day when #WWE announced the signings of Gigi Dolin (Priscilla Kelly), Zoey Stark (Lacy Ryan), and Cora Jade (Elayna Black), we want to ask you:

What female free agents would you love to see in WWE and why?

After Matt Hardy and Private Party’s appearance on #IMPACTonAXSTV last night, what other #AEW stars would you like to see show up on future shows?

Tune into #IMPACTonAXSTV NOW. My protégés, Private Party, are gonna become the #1 contenders to the IMPACT World Tag Titles TONIGHT.

My friend @TonyKhan will be ringside in the Impact Zone, watching my elite genius. More importantly, I’ll be making a 260% payday over 24 hours.

We talked with @DavidCampbell55 and he told us what his goals for the season are should he be drafted. Watch the full interview here -> https://youtu.be/7OrdHAPrr0k

Check out her interview with @AWrestlingGal now